Physics exercises are not just Math problems.  Every exercise should include a clear, concise discussion of the methods involved and of what you have learned from completing the exercise.

1. In early September we are approaching the autumnal equinox.

a) Observe the sun at sunset on 3 occasions between now and September 21, at the same location. (If sunset is not a convenient time for you, sunrise will do just as well. A mixture of sunrises and sunsets WON'T do!) Stand in exactly the same spot for each observation. Make sketches clearly showing the position of the sun with respect to some foreground features. Be sure the same foreground features appear in each picture.  Note the date and time of your observation on each sketch. (Photographs are also acceptable.)  Discuss how the position of the sun at sunset changes from one observation to the next.

c) Explain your own observations in terms of the model shown in part (b). State clearly how the model is consistent with and explains what you saw.

The Greeks drew heavily on circular motion to construct their cosmologies. Here we use some modern examples to make sure that we understand the concept.

1. Your bicycle wheel has a radius of 1 ft, and you are pedalling so that the wheels turn once per second. How fast is the bicycle moving in feet per second?
Extra credit: how fast is that in miles per hour?

3. Complete the exercise on the handout "Retrograde motion of the planets".

Aristotle used lack of parallax to argue against motion of the Earth. Parallax had not been observed by Copernicus' time either, but he was able to show that it should not have been. Only with modern telescopes can we make such accurate measurements. Here are some examples.
1. a) The star Procyon has a parallax of 0.286". What is its distance from the Sun?
b) The star Canopus is 180 light years from the Sun. What is its parallax?

(Reference: Ferris, Chapter 7 and your lecture notes. You'll need the Earth-sun distance from your units handout.)
2. Use the planetary data on your "Ellipses" handout to calculate T2 and a3 and show that all the orbits are consistent with Kepler's 3rd Law. (Note that the numbers given on your sheet are all rounded to two or three significant figures. You can show consistency only to 2 figure accuracy!)
3. Measure the length of the major axis of the ellipse on page 1 of that handout, and the distance between the two foci.  Hence find the eccentricity of the ellipse.  Compare with the values for the planets.  (This should give you an idea of how circular the orbits are, and how careful Kepler had to be to find the differences.)

Newton's discoveries gave us enormously more understanding of the universe. For example:

1. Use Newton's Law of gravitation and your results from problem 2, assignment # 3, to find the mass of the Sun.

The same principles are used in the following exercise: 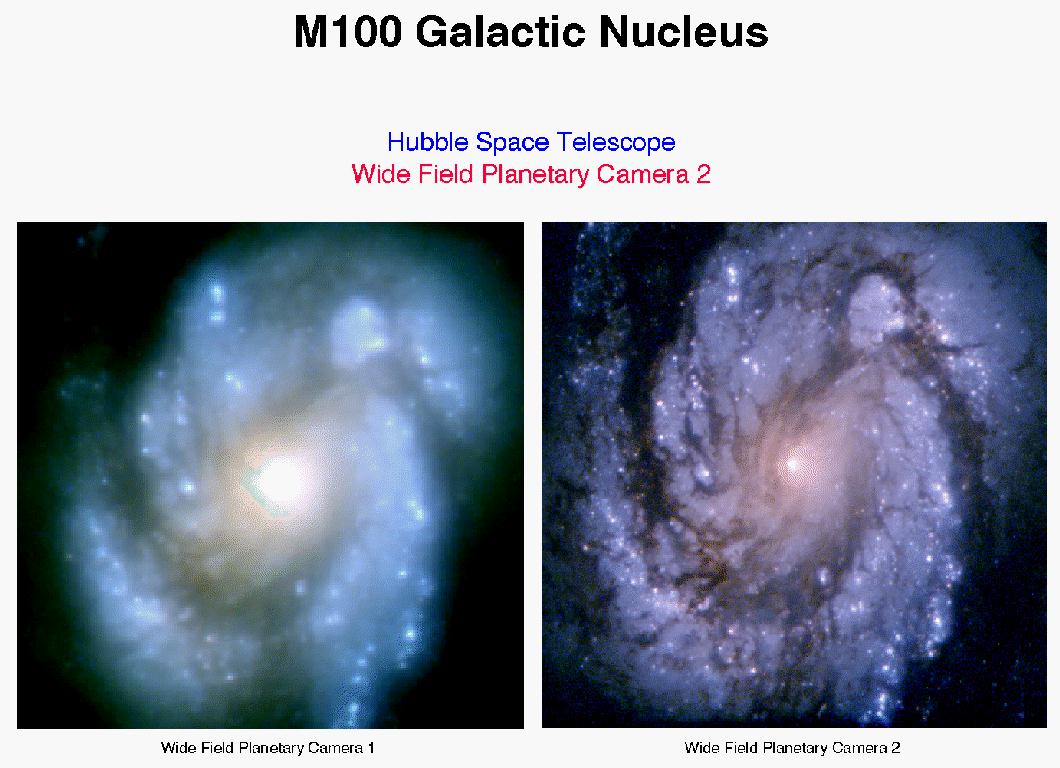 (Material outside the sun has no effect and may be ignored.)

Almost everyone knows that Einstein discovered the relation E=mc2. But what does that mean in a practical case? For example, how long can the Sun shine?

Einstein's discoveries also changed the way that we view the universe; in particular, he changed our understanding of time.

2.(a) Using graph paper, construct a space-time diagram to illustrate the following events. Use light-days as your unit of length, and days as your unit of time. Be sure your diagram is LARGE enough for you to make measurements easily and accurately.  (Use a full 8x11 page.)

A rocket leaves Earth moving at 4/5 the speed of light. After 2 days Earth-time a radio signal is sent from earth to the rocket. Immediately after the signal is received at the rocket, a reply is sent to Earth.

(b) Use your picture to determine when the rocket receives the signal according to earth-bound clocks, and when the reply is received on Earth.

(c) Use the formula for time dilation to determine how long after departure in rocket time the signal is received at the rocket. Be careful here. For which observers, those on Earth or those on the rocket, do both events occur at the same place?  Use your answer to decide which time interval is the smaller, the one in rocket time or the one in Earth time.

(d) Make another diagram showing events as seen by the rocket crew. (In this diagram the earth moves away at speed (4/5)c.)  Comment!  What have you learned?